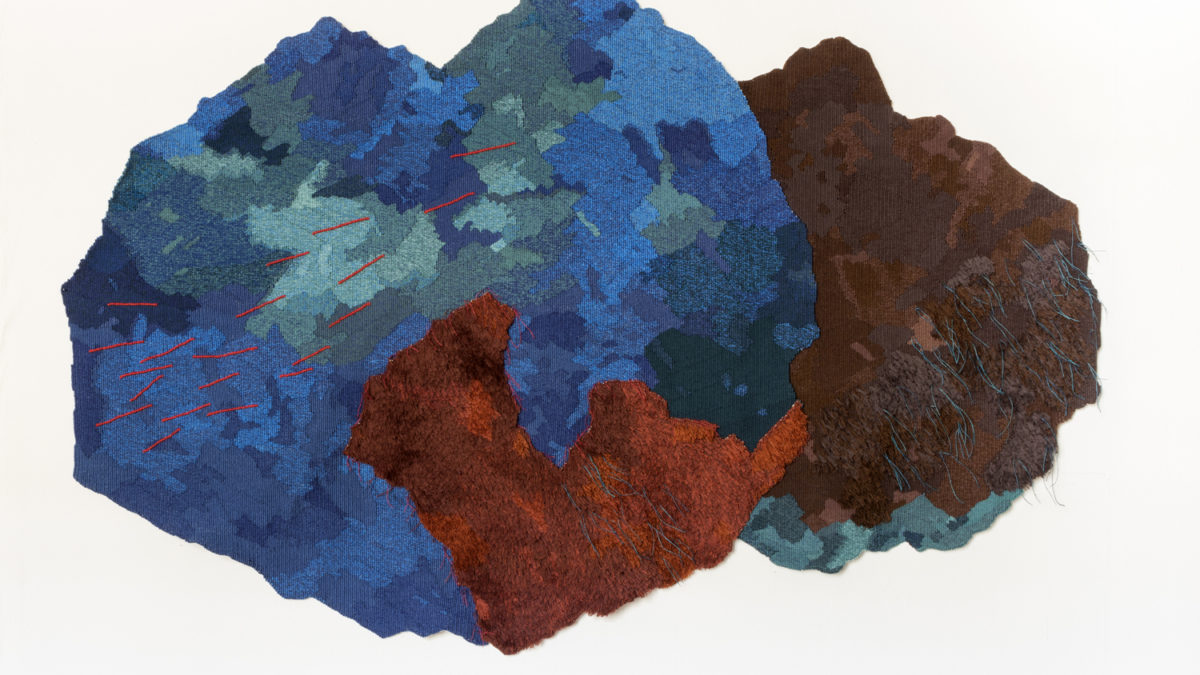 Can textiles be political?

The words ‘political’ and ‘textiles’ are not natural bedfellows. Textiles are gentle, feminine and amateur in the general imagination, but some artists like to subvert received opinion and use the apparent disparity to make their point.

Someone once asked me why artists are all left-wing. Of course this is not entirely true, but the majority of artists probably are more progressive. It is in the nature of art to question the status quo, whereas conservatives are more satisfied with it or would like to revert to an earlier, happier time, often that of their own childhood. They prefer continuity and may be nostalgic. Most artists are dissatisfied with the current state of affairs and want to comment on its ills, while working towards a better future.

Judy Chicago was among those of the middle of the previous century who wanted to promote feminism and to show that textiles were art rather than craft. In her famous Dinner Party, she set places for 39 women, using embroidery, quilting and other crafts to honour them and point out how they and women’s work in general had been neglected.

Another striking example is the work of the Nigerian artist Yinka Shonibare with his exploration of issues around colonialism and race, including the example of brightly coloured cloth exported from the Netherlands to colonies in West Africa. The designs were copied from Indonesian batik. So the Dutch manufacturers were relying on the creativity of people in one of their colonies to create an export market to another. Shonibare appropriately shows this exploitation through the medium of textiles.

In my own work, I have commented on the issue of migration and refugees, amongst other themes. Three of my four grandparents and five of my eight great-grandparents were immigrants to Canada, and now I am an immigrant to the UK, so it is a story close to my heart. While the tapestries are abstract, they speak about the journeys, both mental and literal that the immigrant must make, the giving up of the past and the hopes for the future. But the main point I try to make is that we are all connected, we are all brothers and sisters. Weaving is just the right medium for suggesting this.

The softness of textiles belies their strength, making them ideal for making political statements. 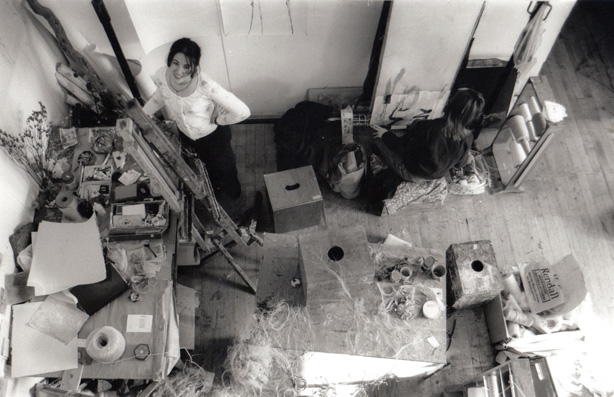 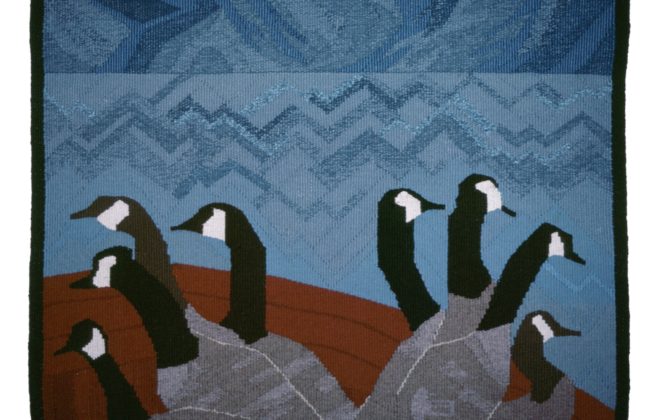 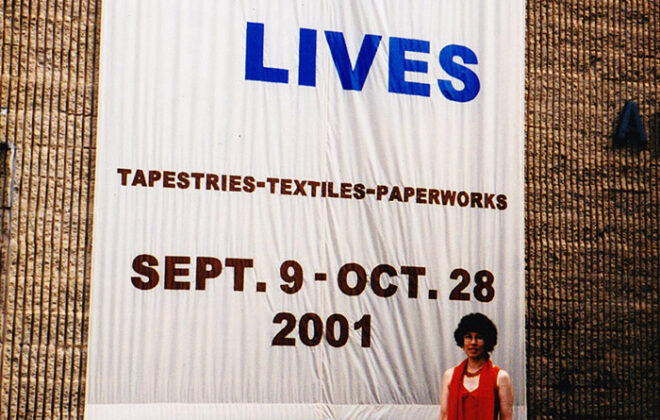