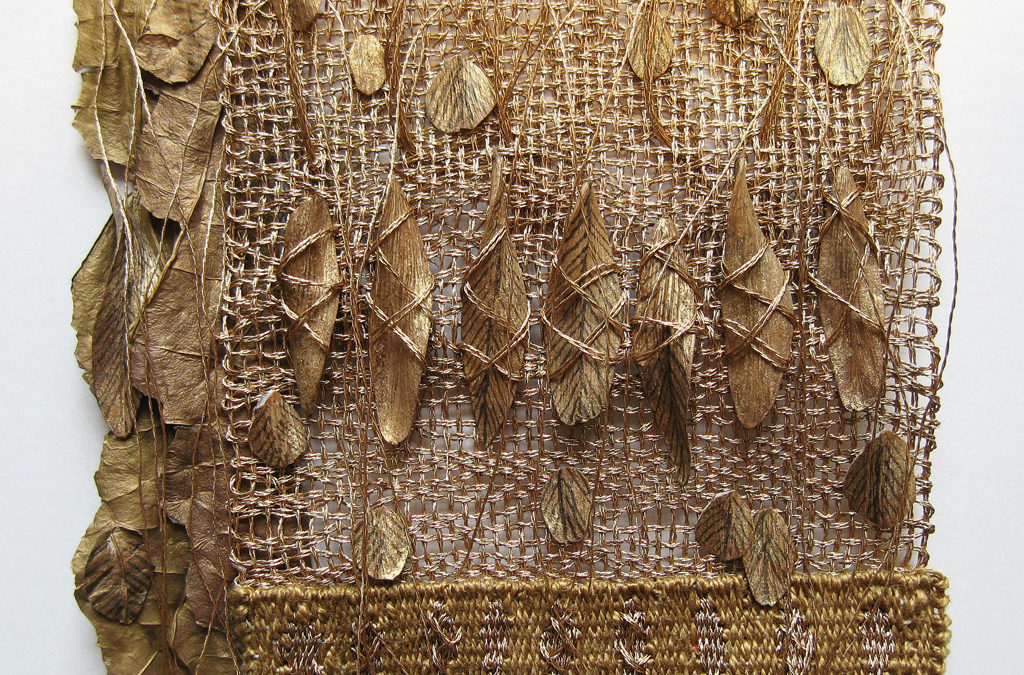 I have loved collecting wild food all my life, starting as a small child with wild strawberries and blueberries. When I discovered the books Stalking the Wild Asparagus and Food for Free in the 1970s, I broadened my searches to include plants such as wintercress and dandelion. I was not put off when people saw me harvesting and inevitably said, ‘The dogs have peed on it’ or ‘It’s poisonous’.

More recently, I did a series of collages using rowan (mountain ash) leaves, honesty (silver dollars) and rhubarb and other leaves. I had gathered many more types of plant, then discarded most of them, when I eventually found out what worked and what didn’t. With the honesty, for example, I cut each one in half to create fish scales, both for the shape and the iridescence.

Then I made a humorous piece depicting a camouflage T-shirt, but using cut-up actual leaves to make the pattern.

But for me, the great discovery was ash keys. These are the seeds of the ash tree, similar to sycamore (maple) seeds, but smaller, slimmer and not in pairs. They are fish-shaped with a twist, so that they spiral to the ground to plant themselves. I started using them in miniature tapestries about ten years ago, always painted gold which reflects the light beautifully, given their twist. Sometimes I also painted feather-like lines onto them.

In Captured http://joannesoroka.co.uk/project/captured/ I see the natural materials as the captives or pawns of humans, so it is appropriate to use the actual materials discussed. The piece considers the losses we may suffer unless we can actively work to protect wild areas. In What We Sow, I allude to the ‘reaping of the whirlwind’ or the devastation of the landscape which may result from our thoughtless actions.

I went on to make a large tapestry, For Irena Sendler, using 2500 ash keys. http://joannesoroka.co.uk/project/for-irena-sendler/. The ash keys are attached to the surface of the tapestry with an X of metallic thread over them. I put them into groups ‘facing’ different ways, so that they would catch the light in different directions as people moved about in front of the tapestry.

I love the idea of using natural materials in a new way to add interest to the surface textures of the tapestry. There are endless possibilities, so there is no knowing what the next foraged item might be and what it will bring to my work. 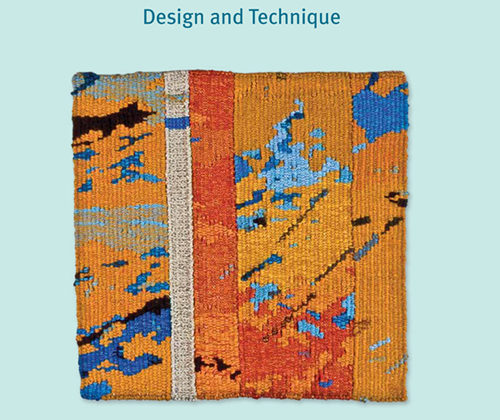 Art in the time of coronavirus 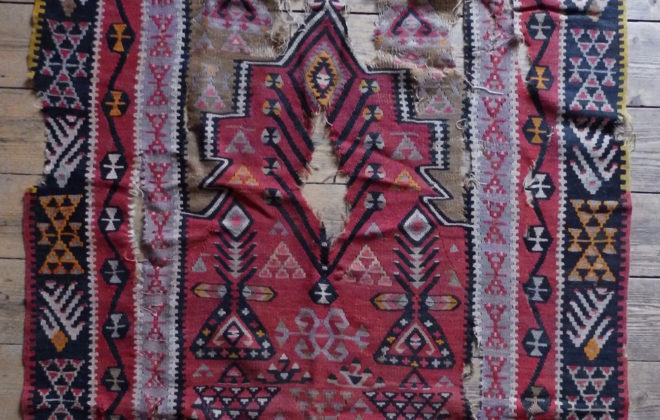 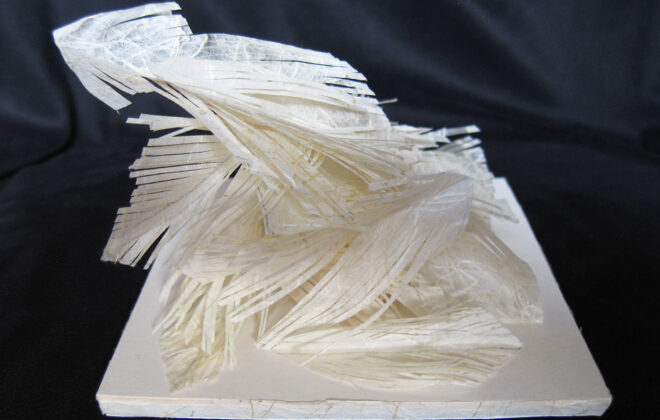